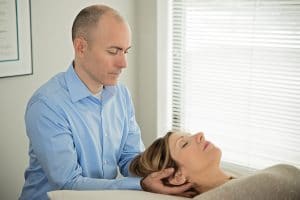 He has worked at the National, International, and Professional levels of sport. David has worked with the Ottawa Roughriders of the CFL and University of Western Ontario football teams, as well as Canadian and International Skating.

Throughout his career he has also worked with national soccer, collegiate hockey, and many other sports from the competitive to recreational level. David now works primarily with the running population of Oakville, helping individuals reach their goals ranging from their first 5 km to Ironman Hawaii. 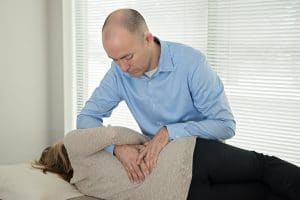 David received his Osteopathy Training at the Canadian College of Osteopathy and is currently an active member of the Ontario Association of Osteopathic Manual Practitoners.

He successfully defended his thesis on “The Effects of Osteopathic Treatment on Oxygen Saturation Levels in a Smoking Population as Measured With a Pulse Oximeter” in October 2005. David has been successfully treating patients for over 18 years and has built up a solid client base in the Oakville area. This has all lead to the opening of Balance Point Health Centre in August of 2008!

What does an Osteopath do?

Osteopathy facilitates the health of joints and muscles through non-invasive manual therapy, strengthening the muscuskeletal framework of whole body, rather than it’s individual systems. Osteopathy  aims to restore proper balance and function, to allow your body to heal through it’s natural processes.

Osteopathy is a drug-free, non-invasive manual therapy in Canada. Treatment aims to positively affect the body’s nervous, circulatory, and lymphatic systems.  Manual medicine means that both diagnosis and treatment are carried out with the hands.

Osteopathy is a complementary therapy. It is used alongside conventional treatment to improve health.

Osteopathy focuses on facilitating the health of joints and muscles through non-invasive manual therapy, helping to strengthen the framework of the body, and acts as a complementary therapy alongside conventional medicine.